We are very proud to offer trips all around the world, and we are invested in letting others see why we are so passionate about the places we go. The world is a very big place, and within it are numerous sights to see that are unique as they are beautiful, historically significant, or both. Here is a look into Rome, Italy, whose historical significance is unmatched in all of western civilization!

The Colosseum, also known as the Flavian Amphitheater, is an elliptical amphitheater in the center of the city, and is built of concrete and stone. It is the largest amphitheater ever build and is widely regarded as one of the greatest works of engineering and architecture that the world has ever known. The construction of the building began under the rule of Emperor Vespasian in 72 AD, and was completed eight years later under his heir Titus. Further additions were made during the reign of Domitian. These three rulers of Rome are known as the Flavian dynasty, and the amphitheater got its Latin name for its association with this family. The Colosseum could hold an estimated 80,000 spectators at any one time, having an average audience of about 65,000. It has gained much of its fame due to it being the home of gladiatorial contests but it was home to many public spectacles including dramas based on myths, re-enactments of famous battles, and public executions. After the fall of the Roman Empire the grounds were repurposed in several ways that included being home to a cemetery and many of the spaces were converted into housing and workshops. These days the Colosseum stays partially ruined due to damage from stone-robbers and horrific earthquakes. Even so, it is an iconic symbol of the Roman Empire and is one of the most visited buildings in the entire world, and is by far Rome’s most popular tourist attraction. 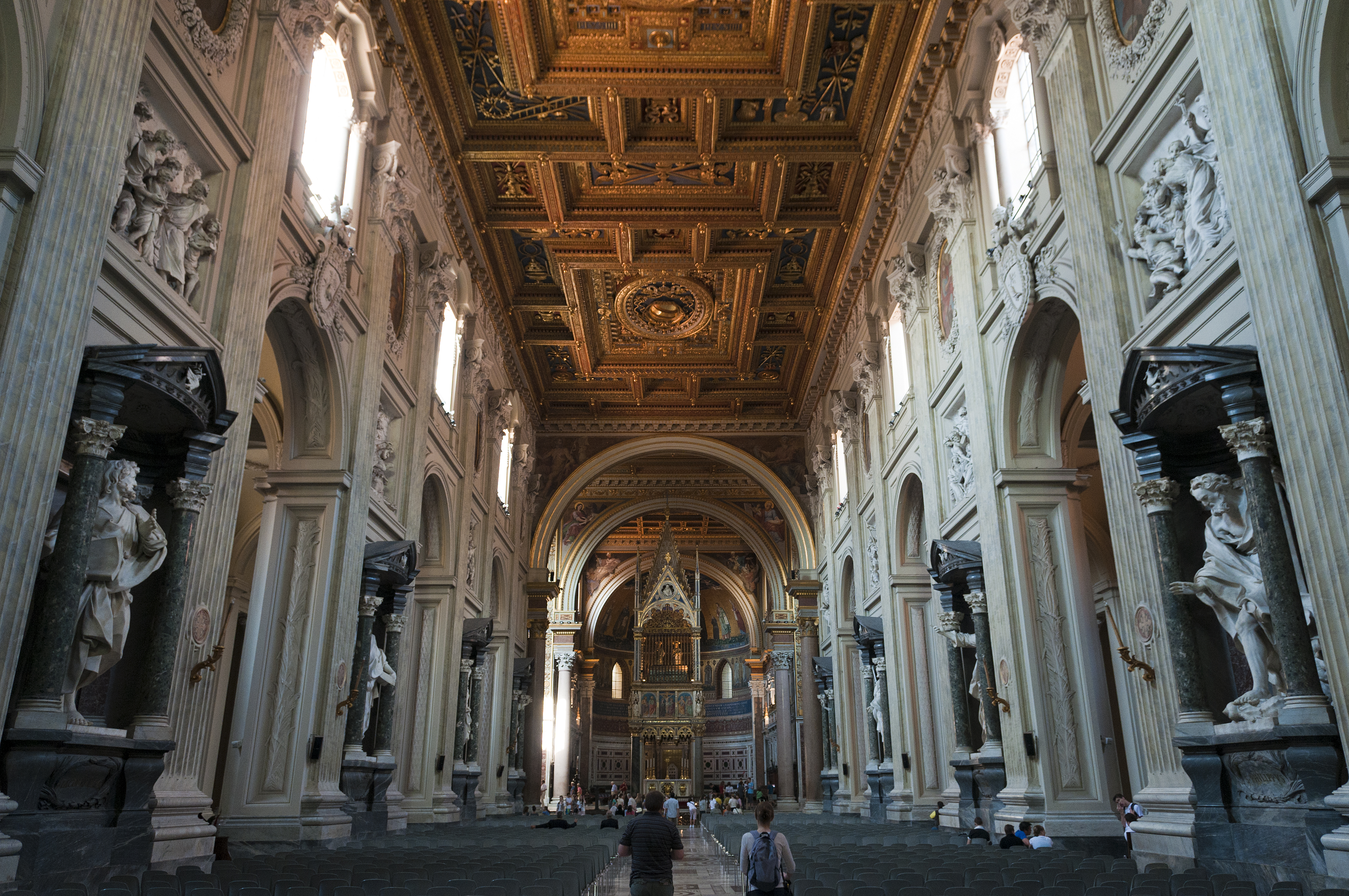 The Arcibasilica Papale di San Giovanni in Laterano (English: Papal Archbasilica of St John in the Lateran) is the cathedral church of the Diocese of Rome and the official ecclesiastical seat of the Bistop of Rome, which is the Pope. Due to its distinction as the cathedral for the Bishop of Rome, it ranks above every other Catholic Church and thus is the only one to be named an Archbasilica. It has often been remarked that the building resembles a palace more than any sort of church, with its beautiful Baroque architecture and resplendent artwork strewn all about the building. One of the more amazing pieces of artistry within the building is the statues of the twelve apostles which were commissioned under the rule of Pope Clement XI in the early 18th century, which are beautifully crafted. Rome is a fantastic city with a lot of history to offer. It had one of the greatest empires to ever stretch the world, and is home to some of the most devout religious followers in the entire world with splendid buildings to match. You should visit this city, and we’re glad to bring you an amazing trip that can take you all over Italy! For all of the details on what great experiences await you, click here.