We are very proud to offer trips all around the world, and we are invested in letting others see why we are so passionate about the places we go. The world is a very big place, and within it are numerous sights to see that are unique as they are beautiful, historically significant, or both. Today we will take you to Santiago, Chile! 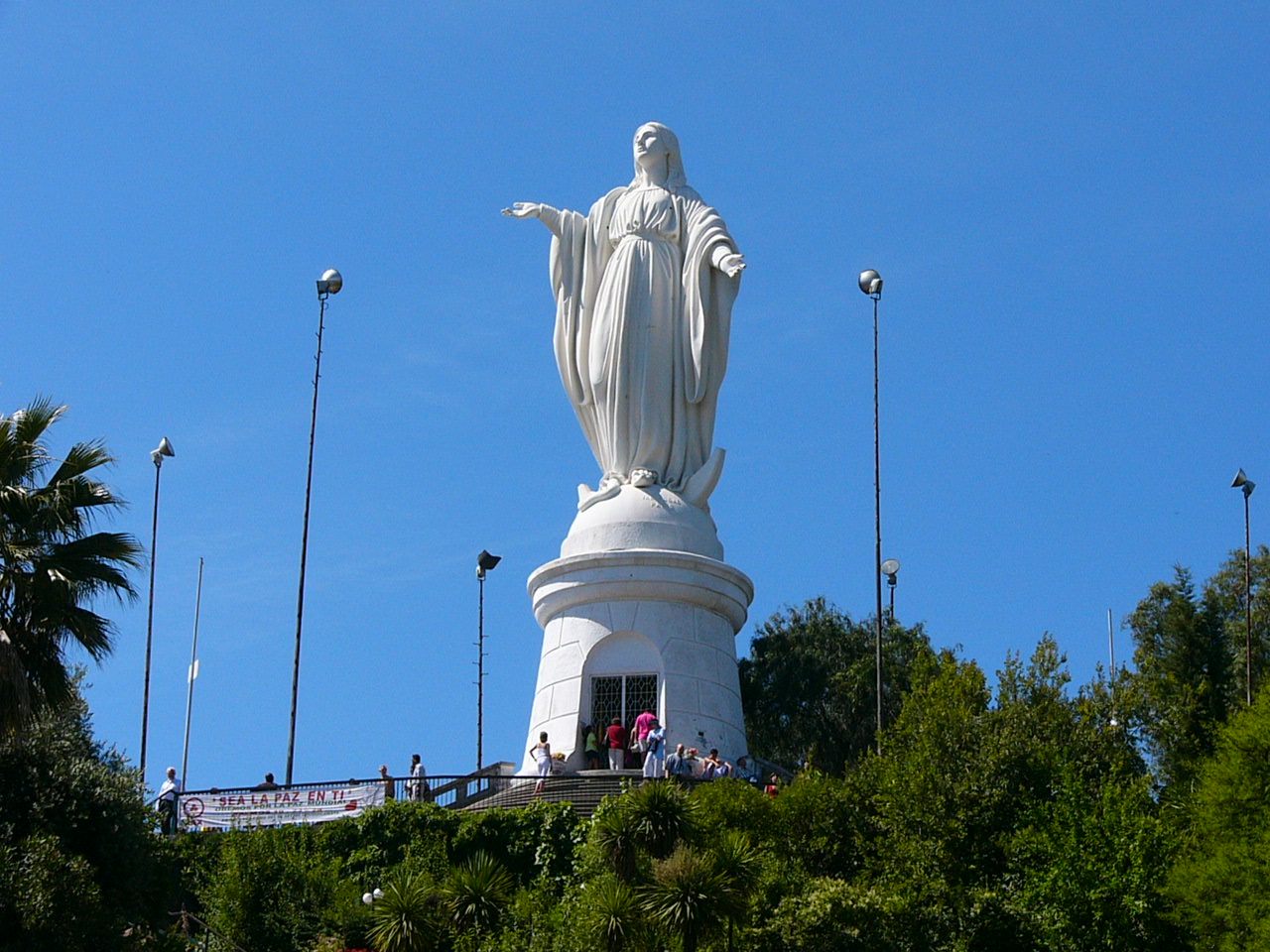 The Sanctuary of the Immaculate Conception on San Christobal Hill is one of the primary places to worship for the Catholic faith in all of Chile, along with being an iconic landmark in the city of Santiago. The statue is 14 meters tall and stands upon a pedestal that is roughly 8 meters and it weighs a whopping 36,610 kilograms! There is a small chapel inside which was used by Pope John Paul II in 1987 to bless the city of Santiago. The statue is lit up at night by lights on its side, so that the statue is visible all over the city both during the day as well as the night. The statue was officially inaugurated in 1908. Palacio de La Moneda, often shorted to La Moneda, is the seat of the President of the Republic of Chile. The building also functions as the office for three of the cabinet ministers: General Secretariat of the Government, General Secretariat of the Presidency, and the Interior. In total the palace takes up an entire block of the downtown area, which is known as the Civic District. The building was originally a mint that was designed by an Italian architect in the 1780s and was opened in 1805 despite still being under construction. Coins were produced here from 1814 until 1929. One of the more interesting aspects of the palace is the changing of the guard ceremony that takes place every two days, which is accompanied by a band playing, troops with horses, and a lot of pomp and circumstance to mark the occasion. Free guided tours of the palace are available, and are said to be very informative and a big hit among travelers, although they must be requested a week in advance.

The Metropolitan Cathedral of Santiago (Spanish: Catedral Metropoliana de Santiago) is the seat of the Archbishop of the city, who is currently Ricardo Ezzati Andrello, and is the center of the archdiocese there. Construction on the building began in 1748 and finished a little over half a century later in 1800. The cathedral was built using the neoclassical architectural style with beautiful towers adorning the building. This is not the first cathedral in Santiago as previous ones were destroyed in various earthquakes over the years. The cathedral lights up beautifully at night and is an amazing sight to see, which makes it one of the most visited landmarks in the entire city as those of faith pour in by the hundreds of thousands each year.

Santiago is a beautiful city that has a rich culture that has to be experienced firsthand to be properly appreciated. It’s not alone though in how amazing it is, as there are lots of South American cities that have a lot to offer! We can take you to a couple of them as a part of our Best of South America & Cape Horn cruise coming next year! For all of the information you need on this great adventure, click here.